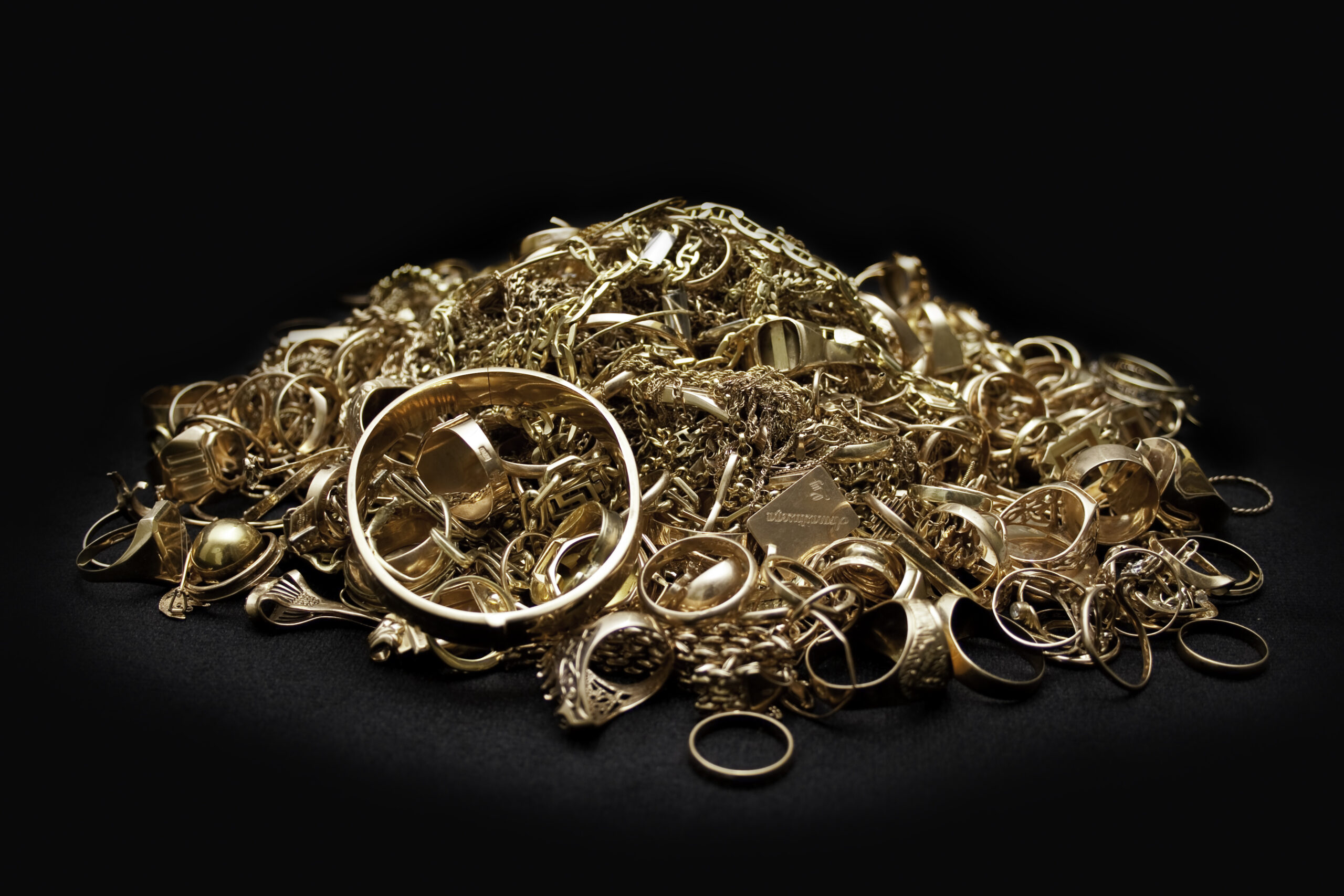 India’s gold market is steeped in tradition and still highly fragmented. However, over the last few years the industry has become more organised and regulated. Although small independent retailers still dominate the landscape, the market share of chain stores (national and regional) has increased steadily during the last decade.

In contrast to the retail jewellery trade, changes at the manufacturing level have been much slower. While manufacturers are becoming more organised, driven by growing demand from chain stores and tighter regulatory requirements (such as pollution licences), artisans still dominate Indian gold jewellery fabrication.

But as the gold market continues to develop, organised retail and manufacturing operations will see their market share grow. 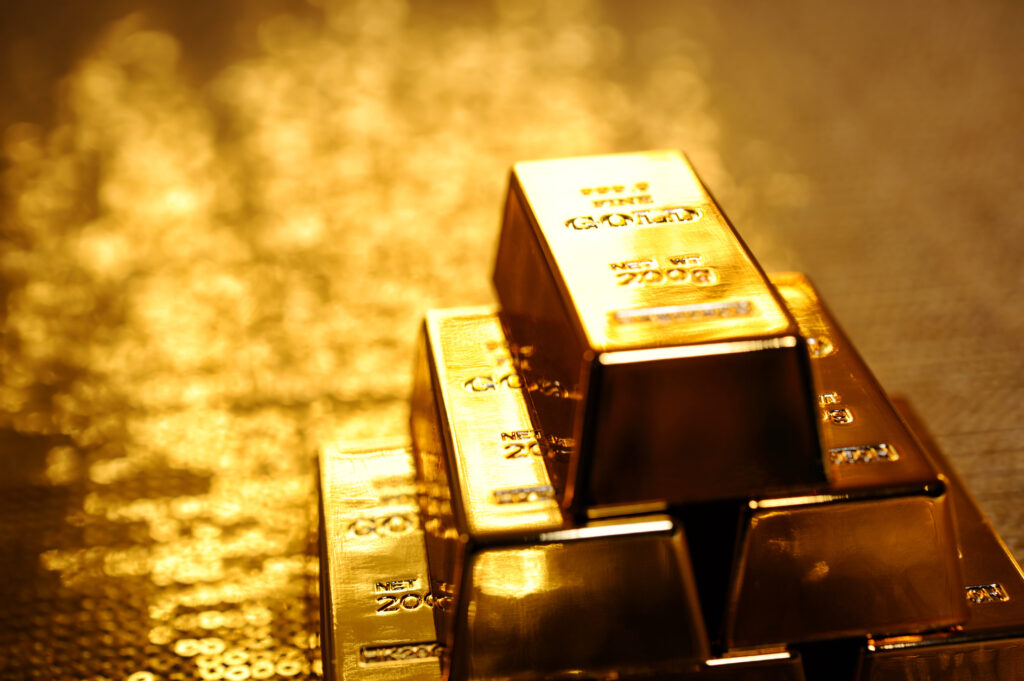 The retail jewellery landscape in India:

The gold industry is integral to the Indian economy, contributing 1.3% to Indian GDP. But it is still fragmented – dominated by small and medium-sized enterprises. Over the last decade, the retail jewellery market has undergone a notable shift, driven by changes in consumer behaviour and government regulations designed to encourage the industry to become more organised.

The advent of chain stores in the last 10-15 years and their gradual gain of market share at the expense of stand-alone retailers has been notable. And this market share continues to increase up 5% since 2016 and representing a 35% share of the market by 2021. The competition fostered by such rapid expansion has encouraged innovation; jewellers are now focusing on product offerings that provide both value and diversity to India’s wide cultural and demographic customer base.

Chain stores, with national operations, focus on daily wear and fast-moving jewellery items (such as chains and rings) and these items account for 50-60% of their business. Stand-alone and medium-sized retailers tend to focus on three elements: bridal jewellery (accounting for 60-65% of their business), customisation, and personal relationships with customers.

Financing remains a crucial challenge for the industry:

One of the biggest challenges for the Indian gem and jewellery industry has been securing bank credit – a challenge that has increased in the wake of the Nirav Modi, Mehul Choksi scam when the Indian banking system was defrauded of around Rs130bn (US$2bn).

Compounding this, more than 20% of loans given to the sector have become non-performing assets (NPAs), resulting in the gem and jewellery industry gaining just 2.7% of India’s total credit issuance.

Securing bank finance is especially challenging for smaller independent jewellers who either tend to rely on the monthly gold scheme for funding or who act as money lenders, using that money for financing. One of the key factors preventing smaller jewellers’ access to capital is that most deal in cash and so do not report the full extent of their turnover in their accounts. Many have been unable to keep pace with the recent introduction of transparency measures and regulations and, as a result, their businesses have failed.

The jewellery manufacturing landscape in India:

India’s manufacturing industry remains fragmented and unorganised. Only 15-20% of units operate as organised and large-scale facilities; this was less than 10% some five years ago. 55% of manufactured jewellery is handmade by karigars (artisans) who produce intricate pieces, thus sustaining the unique selling point for which Indian gold jewellery is renowned in the global market. While karigars form the backbone of the Indian gem and jewellery industry, many work in very poor conditions and a large number are underpaid as compared to many other industries, earning between Rs15,000-16,000 (US$190-200) per month.

Mandatory hallmarking became effective on 16 June 2021 and applies to six purities: 14k, 18k, 20k, 22k, 23k and 24k. Its introduction will create a level playing field in terms of purity and enable retailers to focus on differentiation through design and customer service. These moves are likely to remove some of the barriers to purchase among young consumers, which in turn should support demand.

National and regional chain stores will continue to gain market share because of their access to credit and the large inventory they are able to carry. And as many of these players look to open businesses in Tier 3 and Tier 4 cities, they should find a certain level of aspirational demand that they can tap into, allowing them to gain market share quickly. Conversely, if smaller players are not able to meet accepted standards of transparency their access to credit will be limited, as banks and financial institutions remain wary of lending to the gem and jewellery sector.

The manufacturing sector is just at the beginning of the journey to become more organised. Jewellery parks – some of which have already been established – will help manufacturers in this process and address some of the growing concerns among retailers and consumers about ethical standards and working conditions for artisans. As many large players limit themselves to working only with organised manufacturers, market share of organised manufacturers will continue to strengthen.

India’s gold industry makes a significant contribution to its economy
The gold industry forms an integral part of the Indian economy, reflecting its significance as a key source of employment and foreign exchange earnings. The sector benefits from a large and vibrant market driven by strong domestic consumption and exports dominated by the Indian diaspora. India’s gold industry contributed 1.3% to Indian GDP and is dominated by small and medium enterprises. The domestic market is underpinned by culture, wedding and festive demand, which we will explore in more detail in an upcoming report.

Regulation and consumer preference have fuelled greater organisation and transparency in the industry.

The retail jewellery market has undergone notable changes over the last decade, driven by evolving consumer preferences and government regulation that has encouraged the industry to become more organised. That said, a large part of the industry remains fragmented and dominated by independent retailers. There is no single industry definition to distinguish between unorganised and organised retailers. For the purpose of this analysis, Metals Focus has considered jewellers who sell gold via invoice, have proper banking channels and enterprise resource planning (ERP) systems in place, and are registered under the Bureau of Indian Standards (BIS) as organised jewellers.

Over the last few years demonetisation and the introduction of the Goods and Services Tax (GST) have helped the industry to become more organised and therefore more transparent . In response to these regulatory changes, many jewellers have adopted proper accounting software and now record sale proceeds via an official bill and maintain books of accounts. It is worth highlighting that the majority of jewellers in large cities and towns fall into the organised category.

However, the unorganised sector remains a dominant force in rural centres, where many jewellers also act as moneylenders within their community.

Changing consumer preferences have also aided industry organisation. Consumers desire a better shopping experience, transparent pricing and buyback policies, and they want to purchase via bills and online transactions. It is thus not surprising that chain stores are gaining market share. In addition, a lot of what were regional players – such as Joyalukkas, Senco Gold and Diamonds, among others – have expanded to become national chains.

RJC is the global membership and standards body for responsible jewellery throughout the entire supply chain – from mine to retail.